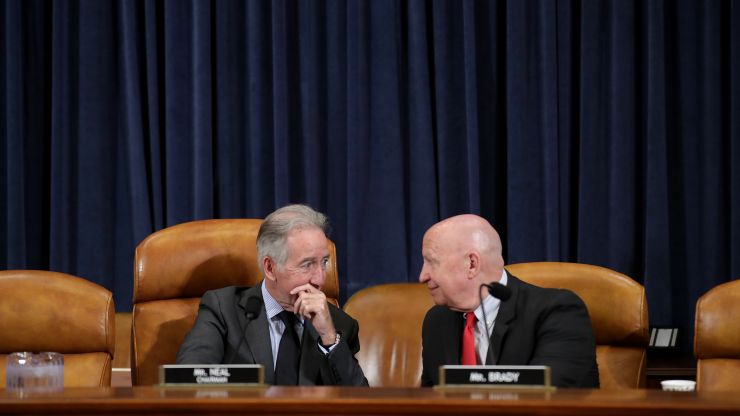 Legislators on Capitol Hill are looking to change a Social Security rule that some say leaves public workers, including teachers, firefighters and police officers, in the lurch when it comes to their retirement income.

Rep. Kevin Brady, R-Texas, has put forward a new version of a bill he has advocated for in the past. Its mission: to replace the Social Security Windfall Elimination Provision with a new formula that would protect individuals who have worked in jobs not covered by Social Security.

Brady, the lead Republican on the House Ways and Means Committee, addressed the issue at a committee Social Security hearing last week.

“Democrats often cry you don’t have a plan,” Brady said. “We do.

“We start Social Security reform by making sure our teachers, firefighters and police receive the Social Security they have earned, just like every other American worker,” he added.

The Windfall Elimination Provision, or WEP, went into effect along with Social Security reform changes that were enacted in 1983. The rule means certain workers who are eligible for Social Security retirement or disability benefits, but who have also worked for employers who don’t withhold Social Security taxes, receive reduced benefits.

The logic behind the rule is that those workers also receive pensions from their other jobs, often in the public service sector. The WEP has some exceptions. For example, it does not apply to workers who have 30 or more years of substantial earnings under Social Security. It also does not apply to survivors’ benefits.

Still, the WEP – and the fact that there’s a reduction in benefits – is often a disappointment and sometimes a surprise to affected workers, said Monty Exter, senior lobbyist at the Association of Texas Professional Educators. Exter said he hears from teachers “on a weekly, sometimes daily” basis on this issue.

Most teachers in Texas do not pay into Social Security while they are educators. But many of them earn income outside of teaching in summer jobs, or if they work in other jobs before or after their careers as teachers, Exter said.

The latest iteration of Brady’s bill proposes replacing the WEP with a new formula that aims to give public workers a bigger advantage — and more money. It also has a hold harmless provision that would allow participating workers currently between the ages of 21 to 59 to choose between prior rules or the new formula. Workers who are currently age 20 and younger would be subject to the new formula.

Individuals who are currently 60 and over and who are subject to the WEP would be eligible for a rebate. That flat, monthly payment would be $100 per month for workers and $50 per month for their spouses and children. Those payments would be subject to annual cost-of-living increases.

The legislation also calls for the Social Security Administration to include non-covered wages in the statements it sends to workers. Currently, statements do not typically include that income, and therefore do not reflect the impact the WEP would have on benefits.

In addition, because workers self-report their non-covered income to the agency, the bill also calls for the Social Security Administration, Internal Revenue Service, and state and local pensions to partner and share information on those funds.

Research by the Urban Institute that was published earlier this year looked at the effects the previous version of Brady’s proposal would have.

“Some workers would be better off under the WEP; some do better under the proposal,” said Chantel Boyens, principal policy associate at the Urban Institute.

It is significant that these workers qualify for both Social Security and a state and local pension — two types of retirement benefits. “They have more resources than other people would,” Boyens said.

The WEP aligns with Social Security’s overall program objectives, which is to replace a larger percentage of a lower-income worker’s pre-retirement earnings than that of a higher earner, said Joe Elsasser, president of Covisum, a provider of Social Security claiming software.

“It is actually a reasonably fair system,” Elsasser said. The challenge will be making any significant reforms to the program, which hasn’t had an overhaul since 1983, he said.

Admittedly, the bill will cost money, which can discourage lawmakers from addressing the issue, according to Exter. “But it is money well spent on our educators,” he said.

House Ways and Means Committee Chairman Richard Neal, D-Mass., plans to introduce a bill of his own that addresses the WEP. He was a co-sponsor of the previous version of Brady’s proposal.

“Action on the WEP is long overdue, and I look forward to introducing our bill soon and making further progress this fall,” Neal said last week at his committee’s Social Security hearing.

Former vice president Joe Biden’s 2020 presidential campaign platform also addresses the issue in his plans for Social Security reform. Biden proposes getting rid of benefit cuts for workers who are covered by Social Security and other pensions. “These workers deserve the benefits they earned,” his proposal states.