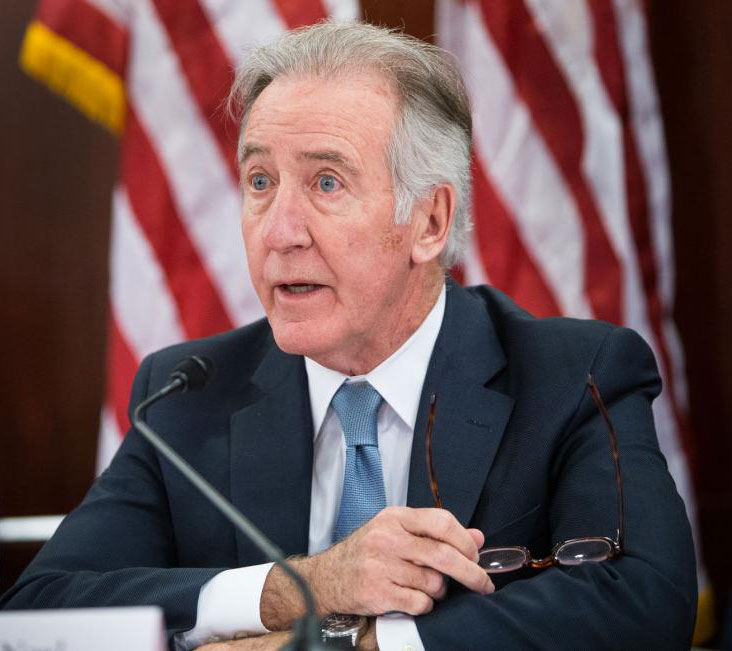 SEPTEMBER 28, 2019: Massachusetts Congressman Richard Neal (D-Springfield) has fulfilled his promises to Mass Retirees, filing a new proposal to reform the Social Security Windfall Elimination Provision (WEP) and bring immediate relief for the more than 73,000 MA residents impacted by the WEP.

According to a statement accompanying the H.R.4540’s release, “The legislation establishes a new, fairer formula that will pay Social Security benefits in proportion to the share of a worker’s earnings that were covered for Social Security purposes. This provision is coupled with a benefit guarantee ensuring no benefit cuts relative to current law for all current and future retirees.”

The new Social Security formula will take effect for those first eligible for Social Security beginning January 1, 2022. Neal’s plan resolves questions regarding the so-called “30-Year Rule”, by holding harmless those with substantial service under Social Security.

As chairman of the powerful House Committee on Ways and Means, Neal exercises oversight of the Social Security system. His proposal has been widely anticipated for several months and is now expected to set the tone surrounding all efforts to address the WEP.

Read the official summary of H.R. 4540 by clicking here.

“H.R. 4540 is a well thought out proposal that will provide immediate relief for the 2 million public retirees now harmed by WEP, while also creating a fair Social Security benefit for future retirees. The bill also represents a realistic path forward to passage in both the House and U.S. Senate,” said Mass RetireesCEO Shawn Duhamel. “Richie Neal has been our closest ally and biggest advocate for WEP reform for more than two decades. Mass Retireeshas worked hand-in-hand with his office and the Ways and Means staff as this legislation was developed. This joint dedication toward finally providing relief from the WEP after 36 years is evident in the proposal filed today.

“I also want to thank Ranking Member Kevin Brady (R-Texas) and his staff for their continued commitment to resolve the WEP. Together with our friends, the Texas Retired Teachers Association, Mr. Brady’s work has helped get us to this point today. Mass Retireesbelieves that there is a bipartisan solution to the WEP and we look forward to continuing our mutual efforts to pass meaningful reform through both branches of Congress this session.”

Prior to the summer recess in July, Brady filed his own WEP reform bill. While similar in some ways to Neal’s H.R. 4540, Brady’s H.R. 3934 differs in that it offers a $100 per month rebate for current retirees and ends the hold harmless provisions in 2040. Neal and Brady have each publicly praised each other’s efforts and continue to pledge to work toward finding a fair bipartisan solution to WEP.

While we await next steps in Congress, Mass Retireeshas joined the TRTA in building a true national grassroots effort designed to enlist the support of the 2 million WEP’d retirees spread across all 50 states.

“As we reported in the September edition of The Voice, WEP is not a problem isolated to 7 states. There are pockets of effected public retirees in all 50 states. We are now working to get them engaged in our fight to pass H.R. 4540,” says President Frank Valeri. “WEP is not simply a Mass. or Texas problem, so we can’t expect to fix it on our own. To win this fight, we need these other retirees and their advocacy groups working with us on the same team.”

Spousal Benefits: No Relief From GPO Yet

Along with the WEP, Mass Retirees and our national partners have long sought to reform the Government Pension Offset (GPO) law. The GPO effects public retirees, who attempt to collect part of their spouse’s Social Security benefit. In most cases, the GPO eliminates 100% of the spousal benefit.

As we have been reporting since 2016, we do not currently have consensus within Congress as to how a GPO reform might be structured. Proposals have varied widely from making minor adjustments for lower income retirees, all the way to eliminating spousal benefits for all public retirees. For some members of Congress, representing states where all public employees participate in Social Security, the notion of spousal benefits for public retirees outside of Social Security is a non-starter.

“I believe both Neal and Brady would have included a GPO reform provision in their bills, if not for the fact we do not have the votes to pass a comprehensive bill at this time. Unfortunately, right now consensus on the GPO does not exist,” explains Duhamel. “However, we are not going to give up on the GPO. We know that this law disproportionately impacts women, creating a real financial hardship for many retirees. These members deserve relief and we will keep fighting for GPO reform for as long as it takes.”

The Association will keep members informed as to next steps as the bill advances. Meanwhile, members living outside of Massachusetts are asked to contact your local member of Congress. Ask that they please support the swift passage of and sign on as a cosponsor of H.R. 4540. Please note, H.R. 4540 is currently before the U.S. House of Representatives – NOT the U.S. Senate.