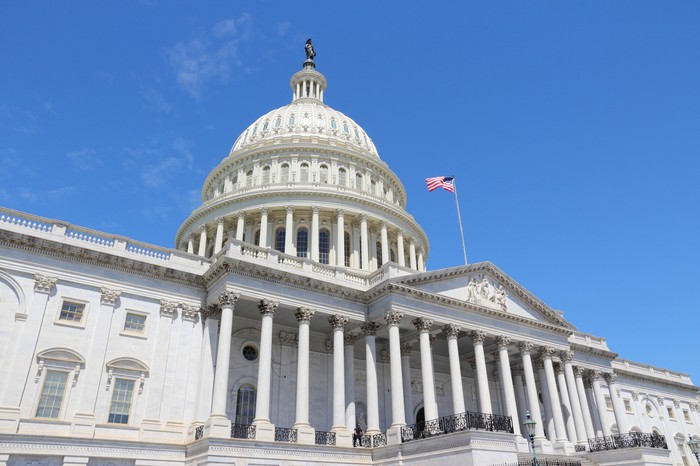 By Dan Caplinger, The Motley Fool

The Windfall Elimination Provision can take a big bite out of some retirees’ checks. That’s by design — but the question is, was it a fair design?

There’s a lot of complexity to Social Security, which can make it hard for a person to figure out exactly what their actual benefits will be. With one set of rules governing how to calculate your baseline retirement benefit payment, another set that defines how that number will change depending on when you start receiving it, and still more rules to cover special situations, it can be a challenge even to figure out what you’d need to research in order to accurately calculate in advance the size of your monthly checks.

Whatever benefit you’d be entitled to based on your earnings, the last thing you’d want to hear is that the government is cutting it dramatically. However, for workers who’ve split their careers between the public and private sectors, there’s a provision in the law that does precisely that. The Windfall Elimination Provision, or WEP for short, was instituted to keep certain workers from gaining an advantage due to the way Social Security’s benefit calculation formula works. But now, some lawmakers are asserting that the WEP itself isn’t fair, and they’re proposing substantial changes to the provision.

Who does the Windfall Elimination Provision affect?

By design, the WEP reduces Social Security benefits for workers who also receive pensions from public-sector jobs. In many areas,  teachers, state government employees, and local government workers don’t pay federal Social Security payroll taxes; instead, money is deducted from their salaries and put into a state or local public pension program that is designed to deliver benefits similar to those that Social Security would pay. That way, if you work your entire life in the public sector, you’ll still have a basic income payment made to you throughout your retirement years.

The reason that’s important is that former public-sector employees who haven’t paid Social Security payroll taxes aren’t eligible to receive retirement benefits from the program based on their own work histories. They only collect from the public pensions they get through their employers.

Things get complicated, though, when workers spend part of their careers in the public sector, but also have considerable employment histories in jobs through which they did pay Social Security payroll taxes. That can happen if public-sector employees work a portion of their careers in the private sector. However, it can also happen because not all states and municipalities provide their own public pension plans — they do have the option of participating in the Social Security program instead. And if a public-sector employer chooses that option, its employees have Social Security payroll taxes withheld from their checks in the same way that any private-sector employee would.

Why does the WEP exist?

When lawmakers created the WEP, they were addressing what they viewed as a problem based on how Social Security progressively calculates benefits. The program’s monthly payments will replace 90% of a retiree’s average indexed monthly earnings — up to a certain, relatively low, limit. For average earnings above that point, the income replacement level drops to 32%, and then to 15% in two separate brackets.

As a result, someone who had a mix of private- and public-sector employment — and thus had a much smaller portion of their income counted toward their average indexed monthly earnings — could potentially get more in total benefits than a person with similar real earnings who only worked in the private sector.

For instance, say someone worked as a government employee for 20 years making today’s equivalent of $36,000 a year, and then got a job in the private sector at $36,000 a year for 10 years. That person would have total Social Security earnings of $360,000, averaging just over $10,000 a year over the 35-year calculation period that the Social Security formula assumes. Based on that amount, their benefit would be calculated entirely at the 90% level.

By contrast, someone who worked 30 years in the private sector at $36,000 a year would have made a total of $1.08 million, working out to an average of just over $30,000 a year over the same 35-year calculation period. For that income figure, only one-third or so will qualify for 90% replacement, while the remaining two-thirds will get replaced at 32%, for an overall replacement rate of around 50%.

To eliminate that gap, the WEP reduces the 90% income replacement in that low-income bracket for those former public servants — sometimes to as little as 40%. There’s no reduction for those who have had 30 years of earnings subject to Social Security payroll taxes, but for every year short of 30, the replacement rate drops by five percentage points. For those retiring in 2019, that works out to a maximum reduction in monthly benefits of $46.30 per year, maxing out at $463 for those with 20 or fewer years of Social Security-covered earnings.

A matter of fairness

Lawmakers on both sides of the aisle are looking at ways to change the WEP. U.S. Reps. Kevin Brady (R-Texas) and Richard Neal (D-Mass.) have introduced separate bills that would make changes to the WEP formula. Several provisions of both bills are substantially identical, although there are slight differences in the sizes of additional payments and other details. The WEP “unfairly penalizes many public employees,” says Neal, asserting that the bill he’s sponsoring would fix that.

Yet whether the WEP is fair or unfair depends on your perspective. Private sector workers whose employers still offer pensions don’t get penalized when it comes to their Social Security. Nor are employees whose solely private sector careers are shorter made to suffer a penalty based on the progressive structure of the SSI benefit formula.

Fixing Social Security’s problems is hard, especially when partisan politics creates roadblocks to solutions. The Windfall Elimination Provision seems to be one area on which lawmakers can agree — even if there are valid arguments on both sides of the debate.